THE RIVEN COUNTRY OF SENGA MUNRO is the story of a wounded healer, nudged by the Universe, and set mostly in Wyoming. It is the first novel in Carrier’s Riven Country Series. The second in the series, STARWALLOW, is available June 21 and explores the distance between home and the journey necessary to come home to oneself.

As a child, Renée lived in France and five Southern states, “migrating” to Wyoming at eighteen to attend the university where she earned a B.A in French. “Having lived in rural Wyoming for decades, I remain its student of place.”

The memoir, A SINGULAR NOTION, was published in 2006 by the Higher Shelf imprint of Pronghorn Press. In 2010 she compiled, edited, and published her fighter-pilot father’s early aviation memoir as a short run, currently out of print. Renée and her husband, a retired school superintendent, tend an apple farm, a too-large garden, and raise garlic and herbs—medicinal and culinary. Their children are grown and live out-of-state.

In 2018, Renée was awarded the Frank Nelson Doubleday Writing Award by the Wyoming Arts Council. She continues to sing and play the odd musical performance and practice family herbalism, which wends its way into her writing “like a possessed vine.”

Her essays have appeared in anthologies, including one compiled by the writers’ group, Bearlodge Writers, entitled, IN THE SHADOW OF THE BEARLODGE, published by Many Kites Press, and THE OWEN WISTER REVIEW, the University of Wyoming’s literary magazine.

A musician since 12 years of age, when her father presented her a guitar, Renée has a (neglected)youtube channel. You can view uploads and/ or subscribe at https://www.youtube.com/watch?v=Jkloakt07eQ 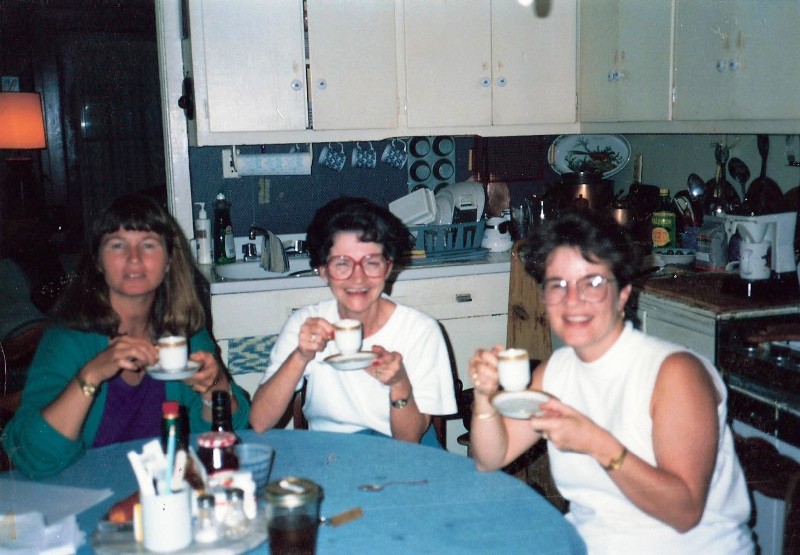